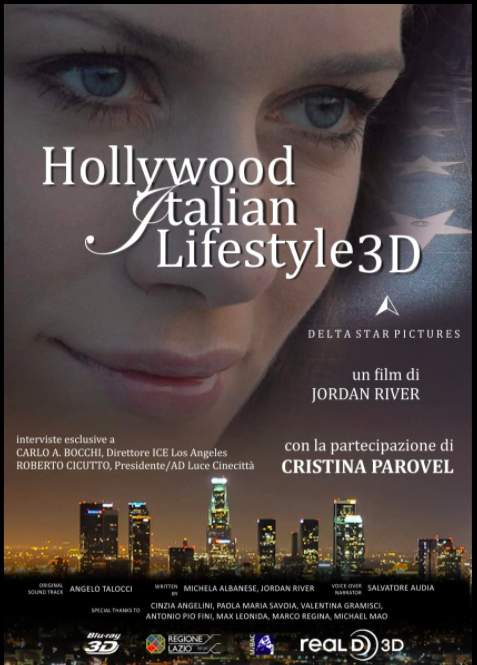 She debuted on the stage first as a ballet dancer to follow as an actress at Teatro Rossetti in Trieste.

Since then, she has pursued acting studies in Italy, England and the United States. Her first movie debut was the lead of the movie ‘Cient’anne’ 1998. Afterwards she got cast in some Italian movies like ‘Paparazzi’ by N. Parenti, ‘Il cielo in Una Stanza’ by C.Vanzina, ‘L’Inganno’ by R.Izzo, ‘L’Ultimo Mundial’ by T. Zangardi.

She won two Best Actress awards at the Salerno Film Festival and at the Premio Arte e Poesia in Rome.

She acted in the short movies ‘Overstones’, ‘Mutande di ricambio’, and the musical video ‘Pretty Girl' by the band King me.

In 2009 she wrote and directed her first Short Movie ‘I-Scream’. She is cast in the short ‘Mutande di Ricambio’, to follow with some Underground Theatre Stage Productions with M. Maltauro, Scattina and other directors.

Overseas, after being the lead in I love you I love you by I. Garland, she does Lost Soul directed by D. Schroeder. In the US she worked in a few stage productions like in ‘Cracked’ by D. Savage and ‘Up to Date’ by M. Castro in NYC and Simpatico by B. Sattels, ‘Two Destinies’ and ‘Taming of the Shrew’ by S. Romeo and ‘The Dark Side of the Moon’ by C. Berube.

Cristina was cast in ‘A winter rose by R. Story with Robert Miano, Paul Sorvino and Billy Zane. She interprets the mother of a Syrian boy in ‘Let’s Merci come’ by A. Seban.

- Video productions with B. L. Young

As a Highly Creative, Original and Visionary Film Director with a strong aesthetic sense and style.

In Italy she graduated at the Academy of Dramatic Arts Silvio D’Amico and Marketing and Communication at LUMSA in Rome. In the United States she took Directing and Production courses at UCLA, Columbia University and Production, Screenwriting and Editing at MNN in NYC. Trained at the Actor’s Studio Los Angeles with M. Landau, Susan Batson, (see more at Imdb https://www.imdb.com/name/nm2161646/bio?ref_=nm_ov_bio_sm

At the beginning of her career she studied economics and has worked for the Senate of the Republic of Italy and other Institutions.